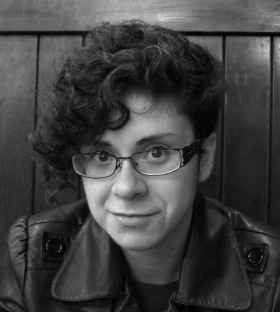 I am a filmmaker, cinematographer, sound designer and graphic designer based in Montreal, Canada. I was born in Albania and lived extensively in Greece before moving to Canada. Through my work, I like to explore aspects of origin, memory and human relationships with technology. My work is versatile and has been exhibited in galleries and festivals in Toronto, Montreal, New York City, Germany, and Greece. In 2018, my short film Leagan (Peppermint Ashes) was part of the Official Selection of Prends ça court! and was awarded the Prix Air Canada Enroute.

In 2015, I collaborated with the team behind PetaJakarta.org to create an infographic animation trailer for an open source, community-led platform to collect and disseminate information about flooding and critical water infrastructure in Jakarta. Currently, I am a videographer at Cinema Politica Montreal (Winter 2018) and graphic designer at the Milieux Institute for Arts, Culture & Technology